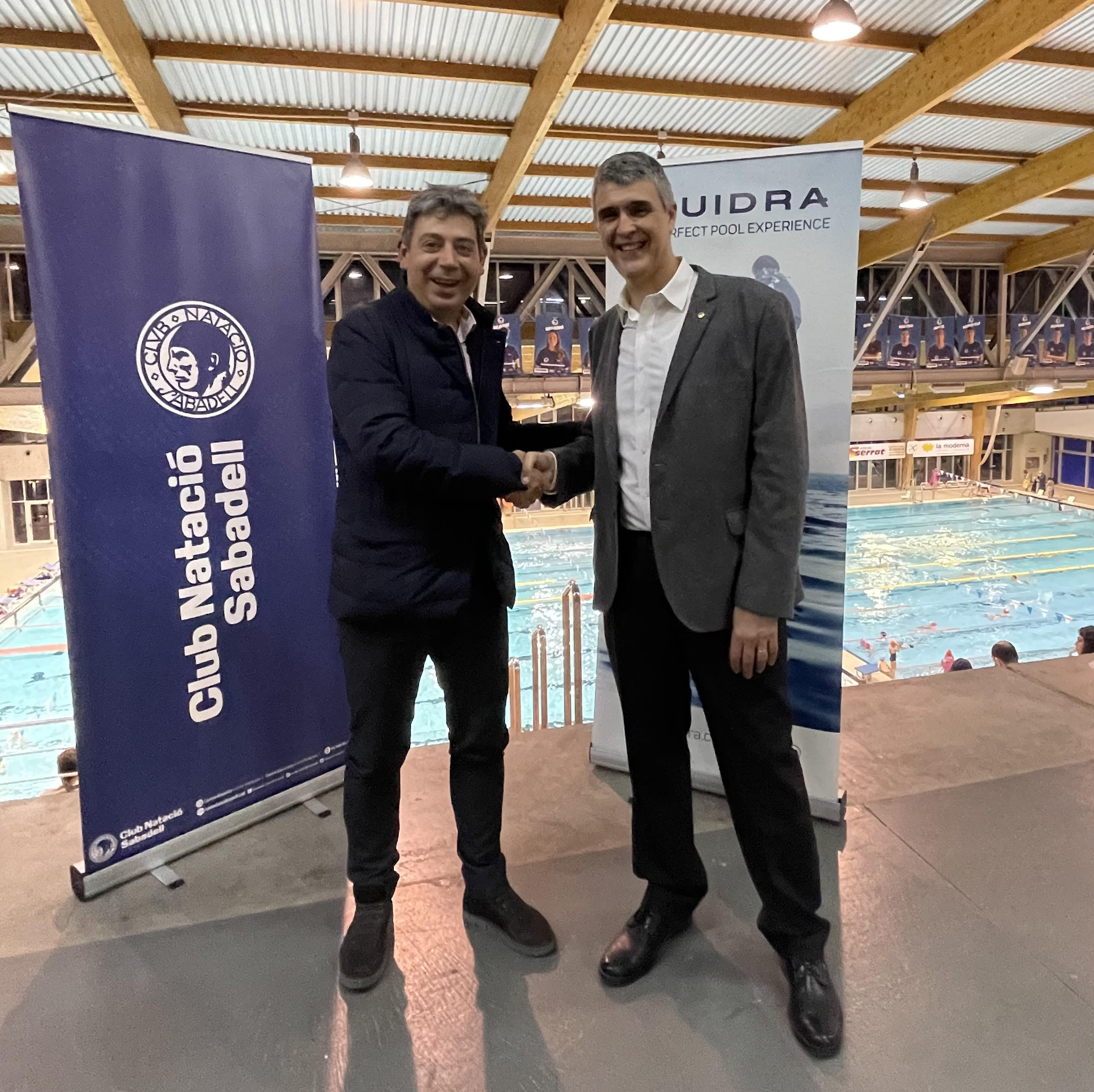 During the meeting held at the club’s facilities, Fluidra’s Executive Chairman, Eloi Planes, and the President of Club Natació Sabadell, Claudi Martí, signed the sponsorship agreement through which the company continues its close ties with the club and will carry on being its official sponsor under the AstralPool brand name.

By virtue of this new agreement, both the club’s premier men and women’s water polo teams will continue to be called AstralPool CN Sabadell until 2024.

At the meeting, Eloi Planes expressed his satisfaction at being able to prolong the “close ties” that the company has had for 16 years with this club, in view of “the many values that we have in common such as teamwork, passion for success and striving for excellence”.

Claudi Martí likewise expressed his gratitude to Fluidra on behalf of the club and said: “Having a world-renowned sponsor like Fluidra undoubtedly gives us prestige, which we in turn give back to it in the shape of a high profile through our sporting successes that go beyond the domestic circuit.

Apart from being one of the sports clubs in Catalonia with the most members, Club Natació Sabadell has one of the best women’s water polo teams in history, which has dominated Spain’s Premier League since 2008, as well as Europe’s top competitions. Amongst its latest achievements is having won 9 Super Cups in Spain, 5 European Cups, 3 European Super Cups and 16 league titles.

The agreement signed with Club Natació Sabadell is one more step forward in the commitment shown by Fluidra, the global leader in equipment and connected solutions in the pool and wellness sector, to water sports. Thus, this new sponsorship can be added to those already in place with Club Natació Atlétic-Barceloneta, through the Zodiac brand, the Royal Spanish Swimming Federation, and Club Natació Terrassa under the GRE brand name.